What is an extractor fan with timer, and do I need one?

What is an extractor fan with timer, and do I need one?

We know that lack of adequate ventilation can lead to health problems. Part F of the Building Regulations states how much airflow is needed, and that we often need a Flow Rate Test. But do we need an extractor fan with timer?

Do I need an extractor fan with timer? 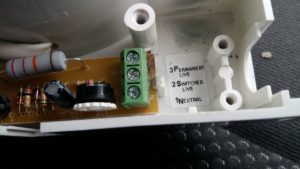 Part F of the Building Regulations states that if you have opening windows in your bathroom, you do not need a timer on your extractor fan. If the bathroom does not have opening windows, or any windows at all, then you need an extractor fan with run-on timer. The timer should operate for at least 15 minutes after the lights are switched off. Most extractor fans with timers can be adjusted, either with a dial or small screw. Check the manufacturer’s instructions, which should be included with the Commissioning Notice your electrician left with you when he or she installed the fan. In addition, we usually recommend installing extractor fans with run-on timers in larger bathrooms – this gives the fan more time to clear any unwanted smells or moisture from the room. It’s also worthwhile using fan with timers in ground floor bathrooms, as windows are less likely to be left open in these rooms and thus the fan becomes the primary method of ventilation.

Even if the adjustment dial in your extractor fan is graduated in minutes, it’s always worth checking how long it stays on for against a stopwatch. The run-on timers are often not very accurate! We suggest using the timer on your phone to check this. Switch the lights off, and then set the timer on your phone to 14 minutes. Go and put the kettle on. When the phone alarm goes off, return to the bathroom and check that the fan is still running for another 60 seconds! Always get a Commissioning Notice (PEATA certificate) for fan installations. If you’re in a new home, you’ll also need a Flow Rate Test – again, this will be on the PEATA certificate.

We Can Deliver On Projects