Poor ventilation in the home leads to mould.  Mould is linked to a number of serious health issues.

Health problems from exposure to mould in the home include:

Babies, the elderly, and people with a pre-existing condition or weakened immune system are most likely to suffer as a result of mould. 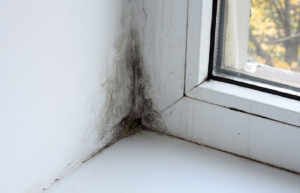 Mould is caused by too much moisture in the air for too long.  This causes condensation, often in corners or behind furniture.  Mould can grow in these damp conditions.  Moisture in the home comes from a variety of sources:

How can I prevent mould?

Ensure adequate ventilation in your home.  Make sure that the extractor fan in your bathroom is working as it should – if necessary, get a Flow Rate Test done by a PEATA-registered contractor.

We Can Deliver On Projects